I certainly had a good night sleep from all the walking I did yesterday and ready to walk some more today. I decided to have breakfast in one of the many cafes at the city center, the starting point of today’s itinerary.
Campidoglio or Capitoline Hill, is one of the seven hills in Rome and this is the citadel of ancient Rome. The Hill and the Temple of Jupiter in it represents Rome’s power as they call it then caput mundi (capital of the world). 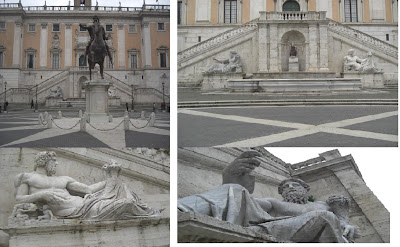 Going up, one has to go through cordonata, the broad flight of stairs adorned with statues of an Egyptian lion at the base and on top, Castor and Pollux. This leads you up to Piazza del Campidoglio, designed by Michelagelo. The piazza is home to two museums Palazzo Nuovo, which is the oldest public museum in the world and Palazzo dei Consevatori. In the heart of the piazza is the Palazzo Senatorio which is still being used today to hold Rome’s city council meetings. 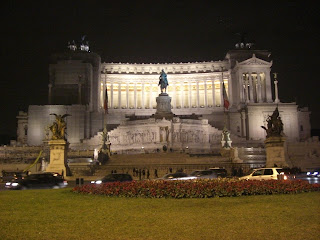 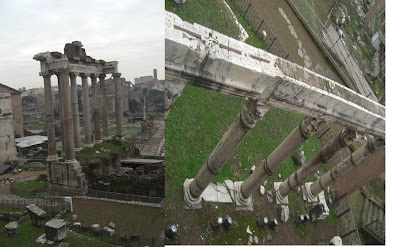 In here, the ruins of ancient Rome come to life and instantly my mind wanders how spectacular it must have been. The Roman forum is a vast area of temples, basilicas and arches all in ruins. It took me a good two hours to roam around the Foro and just marveled at the history that is in front of me. There is an admission charge for the Foro but it will also cover for the Colosso and Palatino. The entrance starts at the Arch of Septimus Severus and ends near the Arch of Titus. As I approached the latter, I can see the monumental Colosseo beckoning me to visit her again but there is just one more place I have to see, the Palatino.or the Palatine Hill is the centermost of Rome’s seven hills and is one of the most ancient areas in Rome. In mythology, Palatine Hill is the location where Romulus and Remus has been adopted and raised by a she-wolf. According to the mythology, “Rome” got its name from Romulus. 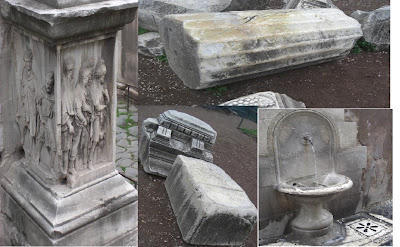 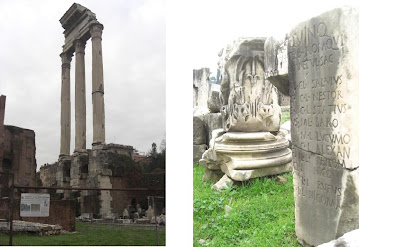 Palatine Hill became a fashionable place to live during Rome’s republican era because of the magnificent view it offers. It stands about 70 meters (230ft) above the city. The ruins found in here are gardens and houses belonging once to Augustus, Cicero, Marc Antony and other Roman emperors. According to Roman history, once upon a time, the entire hill was covered with imperial palaces. If I could turn back time, I would have loved to be here.
Posted by Cha at Saturday, November 20, 2010